I base my research on social norms on lab, online, field, and natural experiments. How local conditions and strategies learned in daily interaction influence social behavior is of particular interest to me. Bringing social context into controlled experiments is relevant for sociological research which fully acknowledges the importance of context effects in a multi-level explanation of individual action.

“Thou Shalt Recycle: How Social Norms of Environmental Protection Narrow the Scope of the Low-Cost Hypothesis.” Environment and Behavior 50(10):1059-91.

According to the “low-cost hypothesis” (LCH), attitudes explain behavior only if complying with personal convictions requires little effort. However, evidence for the LCH remains ambiguous and recent studies have reported contradictory results. We combine a natural experiment exploiting households’ variation in geocoded walking distances to drop-off recycling sites in Munich, Germany (N=754) with an online survey (N=640) measuring local intensities of recycling norms. Our results suggest that normative change narrows the LCH’s scope to include only environmental action for which normative expectations are weak. 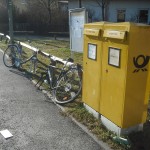 Adding to the debate about the “broken windows” thesis, we explain minor norm violation by people’s beliefs on sanctioning probabilities conditional on contextual cues: signals of disorder and local social control. In three field experiments, we show that minor norm violations foster further violations of the same and of different norms. Disorder effects are significantly stronger in neighborhoods with high social capital. Varying the net gains from deviance it shows that disorder effects are limited to low-cost situations. This paper received the Robert-K-Merton-Award in 2017 and the Anatol-Rapoport-Award in 2014.

“The Dark Side of Leadership: An Experiment on Religious Heterogeneity and Cooperation in India.” Journal of Socio-Economics 48(1):19-26.

Bringing Hindu and Muslim participants together in a lab experiment in India, we investigate voluntary contribution to public goods in a culturally heterogeneous context—and in a high stake environment. While cultural heterogeneity does not affect contributions in the standard linear Public Goods Game, it reduces cooperation in the presence of a leader who makes their contribution before others do (‘Leading by example’). Under cultural heterogeneity, poor leadership and uncertainty about followers’ reciprocity hinders the functionality of leadership as an institutional device to resolve social dilemmas.

“Bounded Solidarity in Cross-National Encounters: Individuals Share More With Others From Poor Countries, But Trust Them Less.” Sociological Science 7:415-32. We bring together crowdworkers from 109 countries to take decisions on sharing and trusting. Cooperative behavior hinges on interaction partners’ identities, and we cast such information by conveying interaction partners’ nationalities to indicate memberships in broader in- or out-groups. In incentivized games of generosity (dictator game) and trust (trust game), we find clear evidence for in-group favoritism and—against this benchmark—demonstrate that individuals across the globe share more with but trust less in interaction partners from poor countries. Cultural distance moderates this status effect.

We evaluate, using incentivized games of fairness, trust, and reciprocity, (1) the sensitivity of laboratory results to locally recruited student-subject pools, (2) the comparability of behavioral data collected online and, under varying anonymity conditions, in the laboratory, (3) the generalizability of student-based results to the broader population, and (4), with a replication at Amazon Mechanical Turk, the stability of laboratory results across research contexts. Rates of behavior do not transport beyond specific implementations. This undermines the use of empirically motivated laboratory studies to establish descriptive parameters of human behavior. Treatment effects, in contrast, are remarkably robust to changes in samples, settings, and anonymity conditions. These results underscore the capacity of laboratory experiments to establish generalizable causal effects in theory-driven designs.

We use Mechanical Turk’s diverse participant pool to conduct online bargaining games in India and the US. By transporting a homogeneous decision situation into various living conditions, we explore context-dependency using variation in participants’ geographical location, regional affluence, and local social capital. We argue that quasi-experimental variation of the characteristics people bring to the experimental situation is the key potential of crowdsourced online designs.

Click here for a tutorial on how to conduct large-scale online experiments on a crowdsourcing platform.

This paper discusses social mechanisms of discrimination and reviews existing field experimental designs for their identification. We present common approaches to study discrimination based on observational data and laboratory experiments, discuss their strengths and weaknesses, and elaborate why unobtrusive field experiments are a promising complement. We introduce a rapidly growing strand of research which actively intervenes in market activities—varying costs and information for potential perpetrators—to identify causal pathways of discrimination.